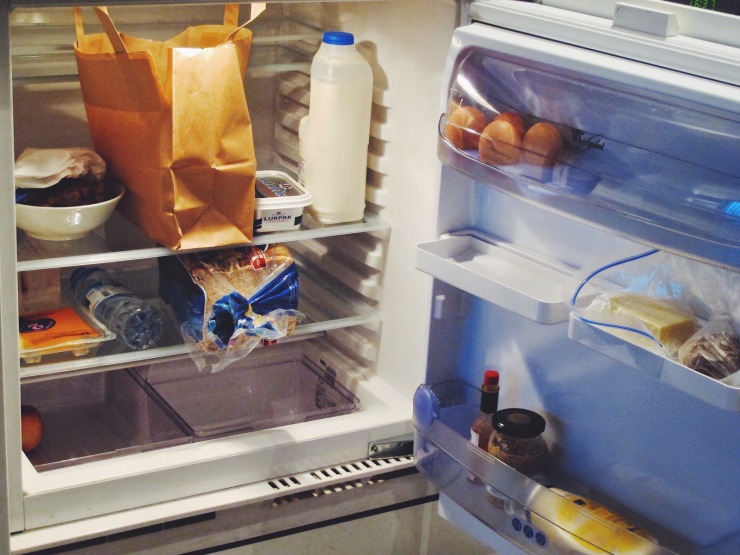 I remember the contents of Tom’s small, mini-bar sized fridge because I took a photo.

Everything was moldy except for the bread, Thai leftovers and condiments.

“Tea and toast,” he said when we arrived at his apartment, and presented me with a slice of toast with too much butter and a lukewarm cup of tea. It had cooled when he left to bring me up to the apartment. We sat on the couch smiling at each other for twenty minutes. I had barely slept on the plane and was now feeling cold and tired. Tom had to go back to work.

One thought on “An Awkward Encounter in London”