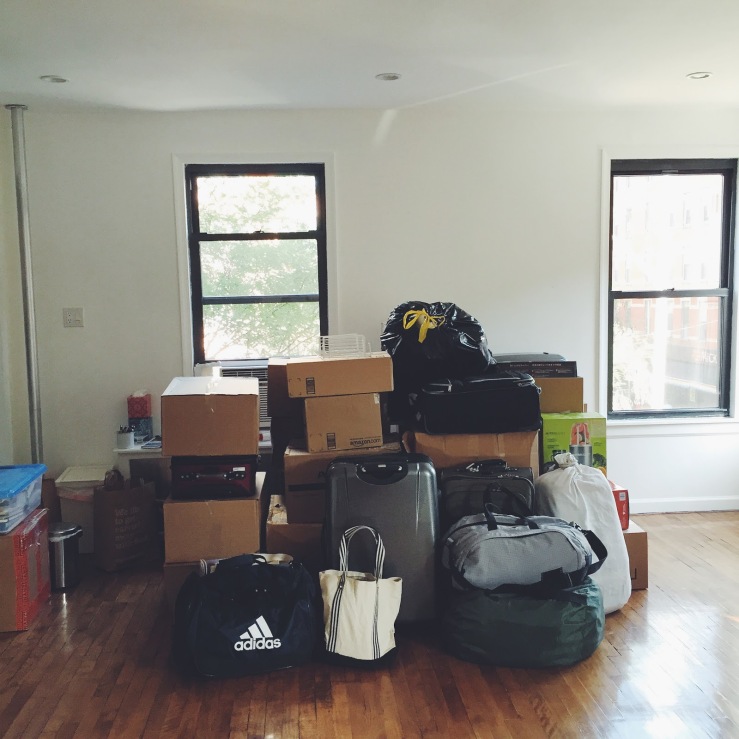 One evening before we moved in together, Tom came back from a dinner with some married friends and said, “Yeah, so apparently we’re going to fight a lot.”  I am pretty sure I had just picked his pants up from the floor, turned off half the lights Tom likes to keep on, even if the sun is blasting through our four living room windows, and finished doing the dishes that had been lounging in the sink all day. Most of them Tom’s.

“Oh really,” I said, “What makes you say that.”
I’m also sure in the midst of this conversation he threw another pair of pants on the floor, turned on the lights I’d just turned off, and put another objectionable pile of whatever onto his already cluttered dresser top.
“It’s natural. We’re gonna fight, we just have to figure some things out as we go.”

We are now nearing three weeks of cohabitation, though it’s really two since Tom was away in London for the past week – and we have already had several arguments. Most of them small, about the aforementioned annoyances and some of them quite large, most of them involving the despair I felt/feel (it comes in waves) about my new job and how it impacts the way I feel about life in general. It’s really too bad for Tom because now he’s the only person I come home to complain to. Before it was just my stuffed animals.

But now, heading into week four, I feel a bit more stable. The stress from moving and starting a new job have dissipated somewhat, and key pieces of furniture have been ordered. Soon, our books will be sitting together on long, low shelf from Crate and Barrel.

I spent the week trying to imagine what it would be like to be single in the city again, except that was very hard because Tom was always on my mind and we talked and texted regularly. The only benefit was that I could sprawl out any which way across the bed. But mostly, I preferred his presence to the empty space. Though when he’s here I wish that he’d move over. Like working/not working…or with anything in life really, there are always patches of greener grass on the other end. But then you look down at the meadow you’re standing in and think, “Yeah, it’s pretty good here too.”

1. From the Atlantic, the difference between sliding and deciding into a relationship milestone (like moving in together).

2. But How Long Should You Wait Before Moving In Together? A Handy Infographic to see if you did it right. (Also, the first comment is hilarious).
3. And if you’ve been together for a while, 10 Ways To Know You’re Ready, from the super reliable relationship scientists at EHarmony. They ought to know.
4. For those with parents who think unmarried cohabitants really are living in sin, Some Great News For Living Together Before Marriage.
5. And also, you can always point to your friends and say, “Well, so and so X 1000 is doing it too, because apparently Unmarried Couples Living Together is the New Norm.

6. So now you’re moved in – here’s how to Avoid Killing Your Relationship After Moving In. The Tunnel Vision thing is especially interesting.

7. For some people though, living apart is the best thing for their relationships. Proof that you don’t have to live together to stay committed.

And just for laughs: A Creepy Meme.

5 thoughts on “The Sunday Seven: On Moving In Together”