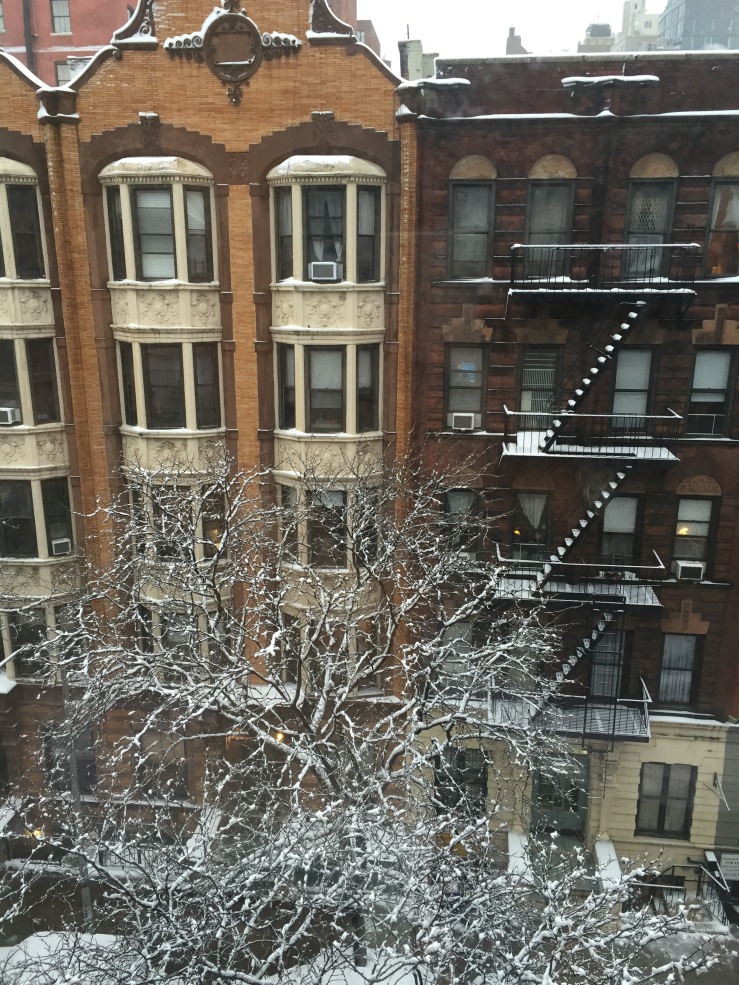 A few summers ago in Taiwan, when my aunt had gently shook me awake. It was 9AM and she was about to leave for the office.

“When you and Karen go out today, if you turn left, cross the street.”

“Hmm?” I blinked at her in the haze of sleep.

“Someone from the building next door killed themselves last night. She jumped from the roof.”

I had opened my eyes completely and stared at my aunt’s soft round face. She seemed not sad, but thoughtful. My cousin Karen slept next to me, unaware. My aunt smoothed some hair back from the top of my forehead.

“So when you go out, don’t walk on our side of the street. Cross the street.”

“Is she still there?”

Superstitious, she meant that there was now an air of death. She didn’t want it lingering on us.

On the local news that evening, we learned the girl was an ABC (American Born Chinese), who had come to Taipei to live with her parents after graduation. She was twenty-three, just a few years older than Karen and I. She had been a successful everything, had seemed to everyone cheery and peppy. Had a good relationship with her parents and siblings. The authorities had found an iPod and a chair on the spot from where she jumped, nothing else.

We watched, paying closer attention than usual not because we knew the girl, but only because she had been our neighbor. In another building, but a neighbor nonetheless. She had fallen on the driveway leading to the underground parking lot where we and the neighboring residents parked their cars. The next morning, there would be a large light-colored spot upon the cement, where the driveway had been hosed off and bleached.

The news anchor moved on to the next story and my aunt sighed and shook her head.

“Young and foolish. What must her parents be going through right now?”

One morning a few weeks ago, I was alone in Tom’s apartment when the buzzer rang. I went to the little wall panel by the front door that showed, via a tiny fish-eye camera, who wanted in and recognized neither the gruff-looking, middle-aged Caucasian man nor the two slender, tired looking Hispanic women standing behind him. They were dressed like social workers, he in an ill fitting collared shirt and they in faded blouses and frumpy light jackets. One of the women held a clipboard. All three had lanyards with badges of some sort hanging from their necks.

The panel has more than a few buttons with enigmatic icons and I wasn’t sure which was for sound. The man turned and said something to the women, who nodded somberly. I wanted to know about what, but I didn’t want to press the wrong button and accidentally let them in. I didn’t want to be responsible for letting in an interesting combination of people who might or might not rob the entire building blind.

I hoped they would go away if no one answered, and so went back to the small round white kitchen table, where my computer sat. My fingers had resettled upon the keyboard when the buzzer rang again.

Suspicion had already kicked in but, as likely to racially profile as the next person, I reasoned that a middle aged Caucasian man with two rather benign looking Hispanic women (or perhaps Latina) made an unlikely criminal trio. And plus there was the clipboard. My finger hovered over the button with the Key icon, deliberating. The man was relentless. He pressed the buzzer a third time.

The clipboard, I decided, was some sign of safety. I pressed the button just as the man looked directly into the camera, as though purposefully giving the lens a clear view of his face.

I wondered why he was so persistent on pressing the buzzer for this unit, then realized Tom’s was the first apartment on the first floor, usually where the superintendent or building manager lived. There was another door once they got through the front gate, opened by the same button. I decided to meet them in the lobby, unsure if this was a wise move, but at least I could ask questions.

I grabbed the spare set of keys and my phone, and stepped into flats rather than flip-flops, in case I had to run. They were standing behind the second set of glass doors, preparing to press the buzzer again, when they saw me.

The man lifted up his laminated badge as I opened the door. None of them smiled or said hello.

“I’m the medical examiner,” he said, taking the clipboard from one of the young women. He looked at me expectantly.

I blinked. I had no need to be medically examined.

“I’m here about the guy who jumped this morning…”

He eyed my shorts, my general lounging-around-at-home-disheveledness.

“You’re not the super or building manager, are you.”

I shook my head.

He sighed, “A guy jumped this morning. Apartment 1D.” He looked at the door from which I had emerged, and then across the hall, to 1D. “He lived right there. Do you know anything about it? Did you know him? Were you friends at all?”

He peered down at the clipboard. I could see an official looking document on top, and saw briefly part of the man’s name (the rest covered by the examiner’s hand), his ethnicity, (Korean) and his age (twenty-five).

The man nodded, glancing down at the clipboard, “You know where the building manager would be?”

“No,” I said, then motioning outside, “Is he…is the body still there?”

“No, they’ve taken him away, but we need to get into his apartment.”

I nodded, unsure of what else to say.

“Well, sorry to bother you,” the man said, “And thanks for letting us in. We’ll go and find the building manager then.”

“Okay,” I said. I went back to the apartment and before closing the door, looked across the lobby at 1D. I had never seen anyone walk out of or into the unit, but now knew there had been a young Korean man a few years younger than I.

I closed the door, went back to my computer. I ate lunch, did the dishes. A half hour later, I changed and went to get groceries, the only thought to the dead being that I was glad to turn left once out the building because the body had been somewhere to the right.

—–
A day later I sat on the floor of Tom’s living room, watching the US Open with his two roommates and a few friends.
A funny commercial came on with a police officer and I was reminded suddenly of the suicide. I had thought, after the medical examiner left, to text Tom and his roommates to tell them what had happened, but it seemed gossipy and pointless. There was nothing to be done, so I kept it to myself. But now, hearing them laugh at the commercial (I don’t remember what was being advertised), I thought they should know.
“Oh yeah,” I said, “I forgot to tell you guys. Someone in your building killed himself. He jumped off the roof.”
“Oh is that what happened?” Tom and his roommate had seen cops and police cars clustered around the side of the building that morning as they left for work, but they couldn’t see much and had walked on.
“He was a Korean kid in 1D.”
“That’s right across from us,” Tom said.
“He was twenty-five,” I said.
“Jesus.”
“Again?” said one of Tom’s roommates, “Someone jumped from the roof of my first New York apartment.”
We surmised about a young stranger’s death for a few minutes during the rest of the commercials. What was he depressed about? What did he do for work? Did his roommates know? And his parents? We shook our heads. Who knows what anyone thinks before jumping off a roof.
“What an idiot,” Tom said, shaking his head, “Twenty-five.”
I sat on the carpet, nodding. Someone might have told the kid, “It gets better,” but felt that someone might have been wrong. If it doesn’t get better, one gets better at managing it. But. All easier said than done. The match came back on and we turned our attention back to Federer.
—-
That weekend, we went out for drinks with friends. We laughed over dinner, laughed at the bar, laughed, though a bit more tired, in the cab home. Tom and I smiled at each other walking up the steps to his apartment.
“What a fun night,” Tom said, the same thing he says every time we go out.
I nodded as we crossed the lobby, brightly lit and cool. Tom, a few steps ahead, was opening the door when I heard a woman’s plaintive wail, followed by heavy, heaving sobs. I looked at the door of apartment 1D, indistinguishable from Tom’s door. Her tone told me she was older. Someone’s mother.
I stepped inside, closed the door, and could still hear her crying, but faintly.
“Did you hear?” I asked Tom, when our faces were washed and teeth brushed, ready to greet another day.
“What.”
“The woman crying. I think it was his mother.”
Tom rolled over in bed, already half asleep, “What a fucking idiot.”