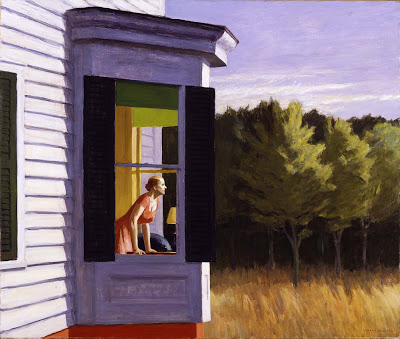 I had made it a point to post somewhat regularly and then New York City came and punched me in the face. I’m still here, but only barely. I’m not sure what to write except that I’m realizing my physical stamina cannot live up to the anxiety I feel about moving away, going up and down five flights of stairs daily for the next two or potentially three years, and “starting over” (which I put in quotes because I don’t really think I’m starting over, rather, picking up from the little bits and pieces I’ve left there over the years) in a city that is all the time, from anywhere I am in the world, both strange and familiar.

Yesterday morning, I woke up 8:30AM to the electrician’s knock. Moving into a new old place never goes as smoothly as one would hope and I found out on day one that the buzzer didn’t work. I was expecting multiple heavy packages from UPS and Amazon alike, and there was no way anyone on the ground floor could alert me of their arrival unless they had my phone number, which the delivery men didn’t. Needless to say one lazy ass UPS guy got away with leaving four heavy boxes at the bottom of the first floor stairs, and my poor friends had to haul them up for me, God Bless them. After all the packages were brought up and calls were made regarding my furniture delivery, the electrician came bright and early on Thursday morning, two days later than he was scheduled and right in the middle of the deepest sleep I’d probably ever had within the past month.

He was Dominican and obviously very popular as he kept on getting phone calls which he answered with a wonderfully upbeat, “Buenos diaaas.” His English was delivered in a beautiful lilting accent. “Castillano,” he said proudly, “I speak Castillano.”

He fixed the buzzer with a few short simple twists of wire that for some reason the previous tenant had disabled. A few minutes later, when he sent his lackey, a rail thin Dominican who spoke almost no English, to test the buzzer, I found out why. The bell is akin to a short, staccato fire alarm and I jumped out of my morning haze upon hearing it.

“Oh God,” I said, suddenly unsure whether I wanted the buzzer fixed at all. But I was still somewhat slow and I watched dumbly as the electrician screwed the plastic covering back on over the unsightly mess of wires and gave it a tap with a thick, meaty finger.

“There you go,” he said, “It is fixed.” Then he smiled and took in my sallow face, ringed eyes and general morning dishevelment.

“Sorry so early,” he said, then hollered downstairs to the lackey that he was coming down and left.

I listened to his footsteps clamber down the stairs and for some reason, thought of morse code.

“Welcome to the city,” I said to no one in particular. The apartment across from me, 5C, was still vacant.

I looked at the buzzer panel on the wall. There are three buttons: one for talking, one for listening, and one to unlock the door. I pressed “listen,” and could hear the sounds from the street. There I was, five stories above, listening to the sounds of people walking by going about their day. The electrician and his thin lackey slammed the door, then the other door and clopped down the street into their illegally parked truck. A young couple walked by weighing the pros and cons of their two friends dating each other. I think. Mostly, it was fuzzy and vague, a loud fuzz followed by fading fuzz, depending on how fast they walked and how loudly they spoke. Audible voyeurism was limiting, but also tantalizing. The city was whispering to me.

I looked back to my mattress, knowing that lay back down I wouldn’t be able to fall asleep. But I was tired. I sank down, wondering if I should set an alarm. Outside, it began to rain. I opened the other window, stared down onto the tree tops and between the fronds, heads heading elsewhere. Soon, I would be among those heads and I would be up inside too, looking down like one Mr. Carraway. I was in the city. My buzzer worked. I hadn’t left yet for the wedding I’m home for now, but already I couldn’t wait to return.