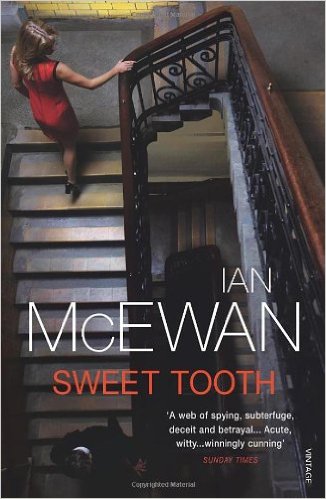 Two years ago in Taiwan I sat in one of my aunt’s antique Chinese chairs, the back a little too stiff to relax against, and tried to read. I had brought to Taipei a tattered copy of Henry James’ The Portrait of a Lady and was, to my own surprise, quite into it. It sounds downright juvenile to say it now, but I was proud of myself for finishing the novel during my stay here – it was the smallest accomplishment in a sea of excess – an excess of time, of food, of wide open days that begged nothing of me but to be filled with daydreams and idle excursions into Taipei’s infinite shopping districts.

I thought for sure I’d do something similar this trip and packed with me a novel I’d read before but had been meaning to reread: Three Junes by Julia Glass and another classic, with a heroine that has less to do with me than James’ Isabel Archer: Madame Bovary.

I couldn’t get into them.

I turned instead to a steady diet of Japanese and Taiwanese fashion magazines, the latter of which I can only barely read, and the occasional profile or longform feature that caught my eye on Twitter, the NYTimes, and Arts and Letters Daily. But a part of me craved a really good novel – I’m not saying they’re in short demand – there are plenty of amazing books new and old waiting to be read, but it’s like that feeling you get when you crave something sweet but you can’t put your finger on whether it’s chocolate or a fruit tart or a buttery cookie.

Enter Ian McEwan and his latest novel, titled fittingly for my purposes, Sweet Tooth about a beautiful young Serena Frome, who in her final year at Cambridge, finds herself being groomed for British Intelligence Services. She’s a voracious reader, the kind I’d like to be, and despite her low rank is sent on a secret mission into the cultural cold war. She meets a promising young writer she’s supposed to recruit and “persuade,” but ends up falling in love…and then you know, fact blends with fiction, fiction with fact, and the big question becomes: “Can she maintain the fiction of her undercover life?” Or perhaps even bigger: Which Serena is more representative of her true heart?

The novel, set during the middle of the Cold War gets fairly political, and I have to force myself to read through those parts, but Ian McEwan gets the people right. Ever read Atonement? Please do so – it’s a thousand times more delicious and dramatic than Sweet Tooth, but I enjoy Sweet Tooth no less than I did Atonement. He gets women who read, or perhaps read too much and who end up projecting what they read not only upon themselves but onto the world around them. This makes for that quiet understated drama the Brits are so good at. Anyway, I love him and even though I’ve made a habit out of saying, “I don’t write fiction,” every time I read McEwan I begin to think, “No, I ought to give it a try…”

Anyway, here’s a passage that I think only partially illustrates what I’m trying to say: Here, Serena walks from the train station in her home town to her childhood home, far away from her life in London and in Intellegence.

“It took me by surprise, this walk across an ancient past. Four or five years – nothing at all. But no one over thirty could understand this particularly weighted and condensed time, from late teens to early twenties, a stretch of life that needed a name, from school leaver to salaried professional, with a university and affairs and death and choices inbetween. I had forgotten how recent my childhood was, how long and inescapable it once seemed. How grown-up and unchanged I was.”